Planning your trip by ferry in Spain for 2022?

On Ferryhopper, you can find up-to-date timetables for all Spanish ferries! See how to get by ferry to the Canary Islands and the Balearics, find useful info about ferries to/from Spain, and organize your island-hopping trip with ease and cheap ferry tickets!

Important: check the latest Covid-19 travel measures for ferries in Spain to plan your trip with confidence. 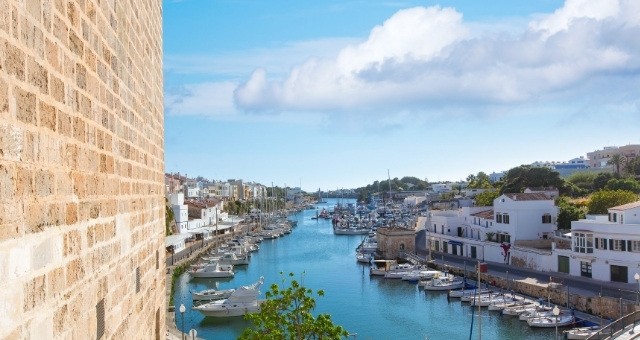 The quaint harbor of Ciutadella in Menorca, Spain

Ferries in Spain: from the mainland to the Canaries and the Balearics in 2022

You can travel by ferry to the islands of the Canary and the Balearic archipelagos from mainland Spain throughout the year. Ferry schedules to the Canary Islands are regular year-round, while ferries to the Balearic Islands from the east coast of Spain are more frequent during the summer months.

Check the latest updates to travel by ferry to the Spanish islands below.

Ferries to the Canaries from mainland Spain

In 2022, there are 3 ferry companies with which you can book a ferry from Spain to the Canary Islands. Trasmediterránea serves ferry crossings from the port of Cádiz, while Naviera Armas and Fred. Olsen Express ferries depart from the port of Huelva.

You can get directly by ferry to Lanzarote, Gran Canaria and Tenerife, as well as with intermediate stops and transfers to La Graciosa, La Palma, La Gomera, Fuerteventura and El Hierro.

Check popular routes to get by ferry from Spain to the Canary Islands:

Good to know: ferry company FRS has not announced any info about ferries to the Canary Islands from the mainland in 2022. 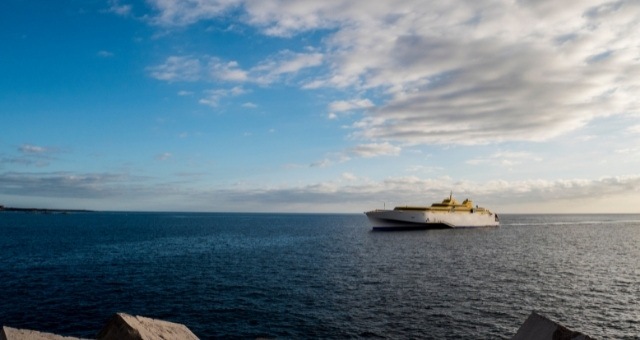 Ferry off the coast of Tenerife in the Canary Islands

Ferries to the Balearics from mainland Spain

Ready to get by ferry to the Balearic Islands from mainland Spain? There are 4 ferry companies serving routes to the Balearics from Spain in 2022: Baleària, Grandi Navi Veloci and Trasmed (in collaboration with Trasmediterránea).

Most ferries to the Balearics depart from the port of Barcelona. There are also several routes to the island group from Dénia and Valencia.

Wondering how to reach Ibiza, Mallorca, Menorca and Formentera by ferry in 2022? Check some of the most popular timetables and learn how to get by ferry to the Balearic Islands from Spain:

Good to know: there are no 2022 announcements for passengers wishing to board a ferry to the Balearic Islands from Gandía, Spain. 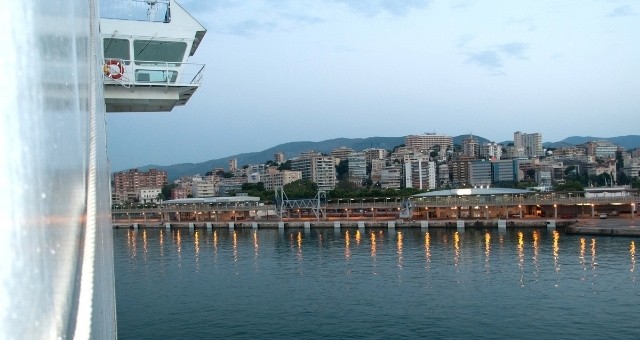 Ferry from Barcelona arriving at the port of Mallorca at dawn

Exploring the archipelagos of Spain by ferry is one of the most summery experiences! In 2022, it’s time to go island hopping in Spain and discover every large and small island.

From the volcanic and remote Canary Islands to the popular Balearics, there are many island-hopping routes to choose from! Hop on a ferry from Mallorca to Menorca, go on a day trip to La Graciosa from Lanzarote or get to know the off-the-beaten-track island of Formentera.

Here are some of the most popular island-hopping Spanish routes:

Tip: check our complete guides to island hopping in the Canaries and getting by ferry around the Balearics to plan the perfect trip! 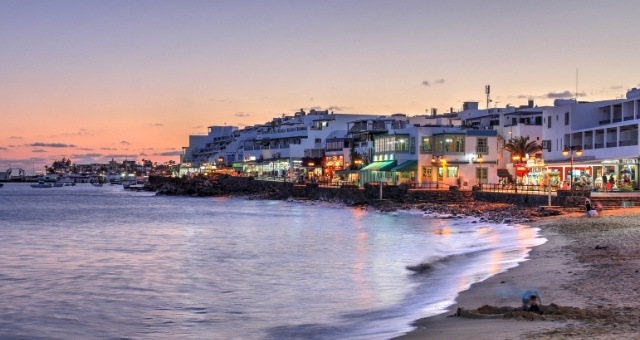 The lively port town of Playa Blanca in Lanzarote

Did you know that there are also ferries from Spain to other countries, as well as North Africa? In 2022, you can get from Spain to Morocco, France, Italy, Algeria, Ceuta and Melilla by ferry!

From the ports of Algeciras, Motril, Málaga and Valencia, you can travel to Ceuta, Melilla and Mostaganem. Also, from the port of Barcelona you can board a ferry to Sardinia!

Here are some of the most popular routes from Spain:

Spain to Morocco ferry routes in 2022

Starting 18 April 2022, Spain to Morocco ferry routes are operating again for passengers and vehicles. You can catch a ferry from Barcelona, Motril, Algeciras, Almería and Tarifa in mainland Spain to ports in northern Morocco, such as Tangier, Nador and Al Hoceima.

Have a look at the top routes announced for 2022 between Spain and Morocco:

Important: more ferry routes to Morocco from Spain will be announced soon! 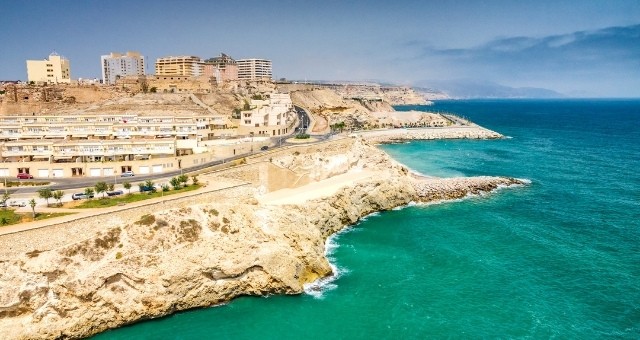 The coast of Melilla in the Mediterranean Sea

As for taking a ferry to Spain from other countries, apart from the ferry connections with North Africa, there are also sailings to Spain from the UK, Italy and France!

Taking a UK - Spain ferry is the best way to transport your car or caravan to the Iberian Peninsula, while routes from Toulon and Rome (Civitavecchia) are the perfect way to explore the Mediterranean Sea with style!

Discover some of the most popular ferry routes to Spain: 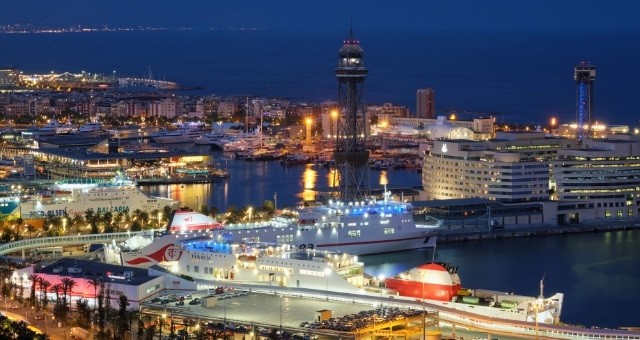 Night lights at the busy port of Barcelona in Spain

In 2022, there are around 20 ferry companies operating routes in Spain. These companies serve ferry routes from the ports of the mainland to the islands, trips between the island groups, crossings to North Africa, as well as routes to more countries in the Mediterranean Sea.

You can travel to, from or between the Canary Islands with Naviera Armas, Fred. Olsen Express, Trasmediterránea, Líneas Romero, and Biosfera Express.

Moreover, if you want to get between Spain, North Africa and other countries such as Morocco, Italy and France, you can travel with Baleària, Trasmediterránea, Corsica Ferries, FRS, GNV, Africa Morocco Link, and Grimaldi Lines.

There are also ferries to Spain from the UK served by Brittany Ferries, as well as ferry routes to the archipelagos of Cíes, Ons, Cortegada, and Sálvora in Galicia by Naviera Nabia, Mar de Ons, Cruceros Rias Baixas and Cruceros do Ulla.

Book tickets for Spain ferries in 2022

On Ferryhopper, you can book cheap ferry tickets for Spain in just a few clicks! Check our Map of ferries to get the latest information about available ferry schedules in Spain, compare ferry companies and book with no extra fees.

Tip: download the Ferryhopper App to get updates on offers for ferries in Spain, book your ferry tickets easily and check in online!