Tangier is a popular tourist destination in northwestern Morocco. Located on the coast of Maghreb, where the Mediterranean Sea meets the Atlantic Ocean, Tangier has a reach maritime history and serves ferry routes to many European cities via its two ports. On ferryhopper.com you can find all the information you need about holidays in the Moroccan city, as well as ferry routes and ferry schedules from the ports of Tangier to plan your trip in the Mediterranean Sea! 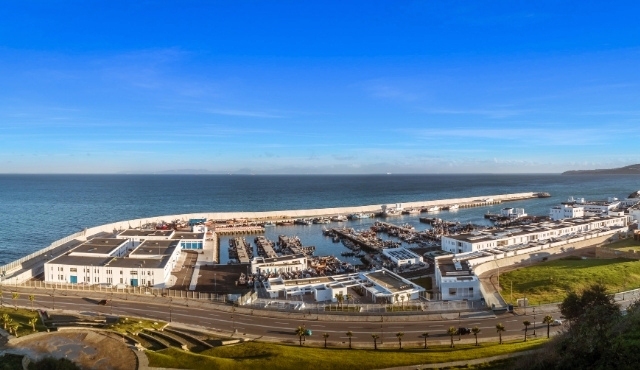 The port of Tanger-Med facing the Mediterranean Sea.

Which are the ports of Tangier?

There are two ports in the region of Tangier: Tangier Ville and Tanger-Med. Tangier Ville is the historical port of the city and serves ferry routes to Tarifa in southern Spain. Tanger-Med is the modern port, located a 50-minute drive to the west of the city, and serves regular ferry crossings to Spain, France, Italy and the British exclave of Gibraltar in the Iberic Peninsula. 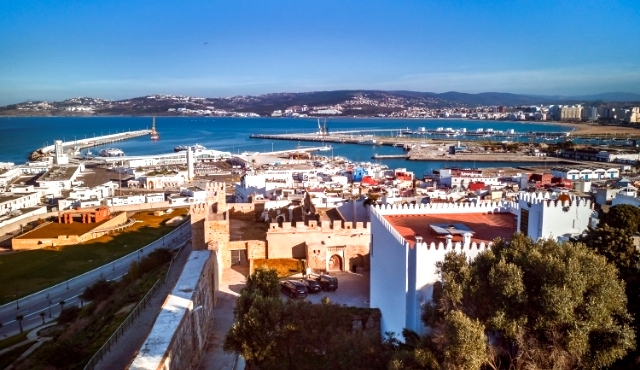 The port and old town of the city of Tangier.

Ferry schedules and ferry tickets from the ports of Tangier

The port of Tangier Ville is in the city center of Tangier connecting the city with Tarifa in southern Spain. Ferry companies FRS and Inter Shipping normally operate at Tangier Ville Port. The second and busiest port of Tangier is Tanger-Med, which is located on the Mediterranean coast of Morocco. From Tanger-Med you can catch the ferry to Spain, Italy, France and Gibraltar. The following ferry companies operate routes from Tanger-Med: Baleària, Trasmediterránea, FRS, Inter Shipping, AML as well as GNV and Grimaldi Lines.

From the city port of Tangier you can catch the ferry to the Spanish city of Tarifa. The ferry crossing is really popular as it is one of the fastest ways to get to mainland Spain from Morocco. 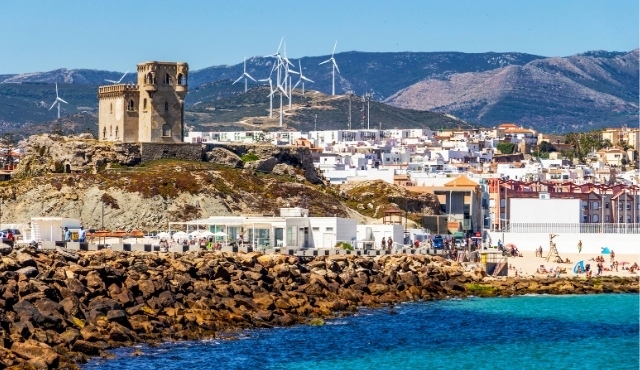 The city of Tarifa as seen from the Isla de Las Palomas.

How to get to the port of Tangier Ville?

Moroccan train company ONCF connects Tangier with major Moroccan cities such as Fez, Marrakesh, Casablanca, Nador and Rabat. There is also an international airport, called Tangier Ibn Battuta Airport, which is located 15km from the port. You can park at the port, using the open-air car park or one of the indoor parking lots in the port area. Many people choose to park their vehicle at the indoor airport car park.

Tip: "Petits taxis" are smaller, cheaper and only suitable for short trips, while ‘grands taxis’ are more spacious and better for longer trips.

The port of Tanger-Med is the main gateway from North Africa to Europe. From the eastern port of Tangier you can travel by ferry to many major seaside destinations. There are ferry routes from the African city to Algeciras, Málaga, Motril and Barcelona in Spain, Sète in France, Savona and Genoa (or Genova) in Italy, as well as to the port of Gibraltar. 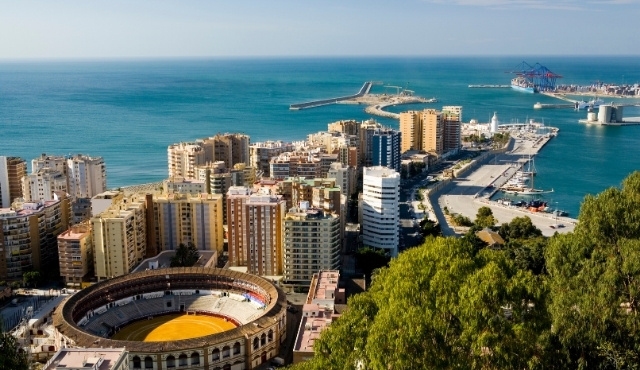 The Bullring of Málaga by the city’s port.

How to get to the port of Tanger-Med?

The port of Tanger-Med is the largest port in Africa and it features a total of 9 berths for passenger ferries. You can reach the port driving along N-16 from the city of Tangier. If you’re driving from elsewhere in Morocco, you can take A-4 or road A-6 that leads to the neighboring city of Ceuta.

There is a 500-vehicle parking area, as well as an port shuttle bus service for passengers. You can use the shuttle bus if you’re traveling to Tanger-Med by train or bus. Trains and buses to Tanger-Med leave regularly from the city center of Tangier. Regarding services at Tanger-Med Port, there are several shops, cafes and restaurants to enjoy before your ferry crossing.

Tangier is an international city and one of the most attractive destinations in Morocco. One of the most charming elements of Tangier is the mix of cultures that define the city’s style, architecture, and gastronomy. Don’t miss the chance to walk around the quaint neighborhoods of the city and explore the Spanish, French, Italian and Arabic influences through the hidden alleyways. In the region of Tangier there are many places of interest and beautiful attractions - here are some suggestions from the Ferryhopper team:

Tangier is at the meeting point of the Atlantic Ocean and the Mediterranean Sea. This creates a beautiful landscape, where travelers can enjoy the sun and sea in an ideal setting. These are some of the most popular beaches in Tangier: 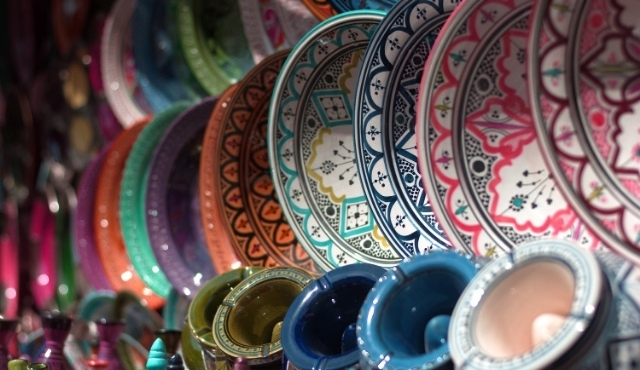 Colorful ceramics at the traditional market of Tangier.

Where to book ferry tickets from Tangier?

On Ferryhopper you can book tickets from the ports of Tangier Ville and Tanger-Med and plan your itinerary in just 4 clicks. Find all the information you need about ferry schedules from the ports of Tangier to Spain, France, Italy, and Gibraltar, check Ferryhopper’s Map of ferries for available ferry routes, compare ferry operators, and book tickets from Tangier with no extra fees!