Lipari is the largest of the Aeolian Islands and a good place to begin your trip, since it offers frequent connections to “its sisters.”

On Ferryhopper, you will find useful information about the island: beaches, gastronomic delights and ferries to / from Lipari. Check out all the available routes and book your tickets with just a few clicks! 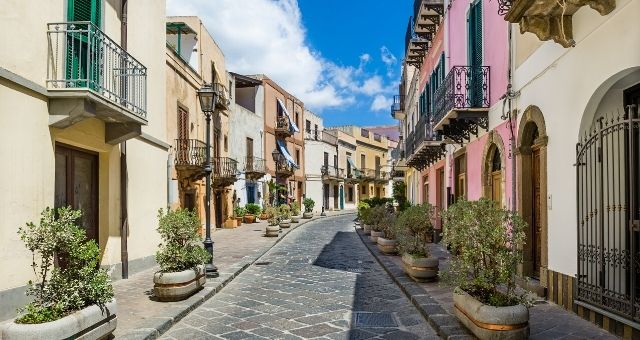 A picturesque alley in the historic center of Lipari

Lipari is one of the most visited Aeolian Islands. Despite being the most populated (about 12,000 inhabitants), it happily welcomes travelers 365 days a year.

With its wild nature, fascinating history and delicious food, Lipari is an ideal destination for everyone, whether you're traveling with your partner, friends or family. During your holiday in Lipari you will discover dream beaches, hidden bays, archaeological sites, cobbled alleys, and panoramic hike-walks.

Thanks to the fast ferry connections from nearby Sicily, you can visit the island just for the day. If you want to take it easy, we could recommend staying at Lipari for 2-3 days and continuing your adventure to the other Aeolic Islands.

Read on to discover more about the beautiful Lipari.

How to get to Lipari

The only way to reach Lipari and the Aeolian Islands in general is by ferry.

There are frequent connections from the Sicilian towns of Milazzo, Messina and Palermo to Lipari. You can also travel to Lipari directly from Calabria and Campania, through the ports of Reggio Calabria, Vibo Valentia and Naples, but only during summer.

The trips to Lipari are carried out by both conventional ferries and hydrofoils, so you can choose the type of vessel that best suits your needs. For more info about traveling by ferry or hydrofoil, you can check out our relevant blog. 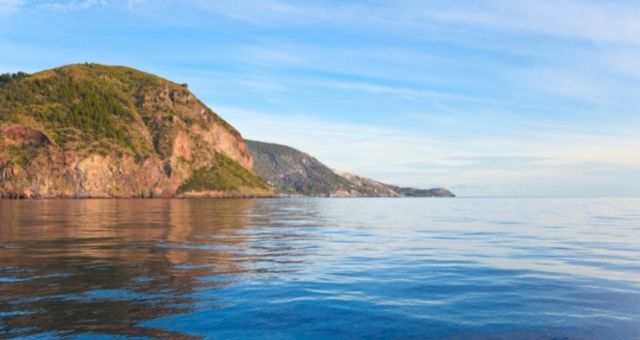 The rocky cliff coast of Lipari seen from the sea

What to do in Lipari

If you are wondering what to do and see in Lipari, you will be excited to discover that the island offers several attractions to its visitors.

The first thing you will notice when arriving by ferry at the port of Lipari is the island’s castle. You can begin your journey by exploring the citadel and the entire historic center of the island.

And what about its beaches? After visiting many museums and archaeological sites, treat yourself with a refreshing dip in the sea. Beautiful and perfect for snorkeling, the beaches of Lipari are famous for the play of colors of their crystal clear waters.

Furthermore, we recommend going on a boat trip to discover hidden bays, caves and coves that can only be reached by sea!

Lipari is also an ideal place for lovers of nature and trekking! In fact, the island boasts several hiking trails, sulfurous fumaroles, and pumice and kaolin quarries. From these locations you can admire breathtaking sunsets and enjoy the beautiful view of the archipelago.

Lipari has perhaps the most beautiful beaches in Italy and that is why every year it is chosen by many travelers looking to relax.

Here are 8 of the best beaches in Lipari: 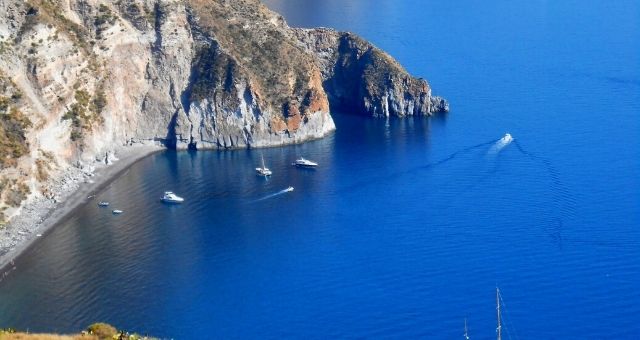 Boats anchored at Valle Muria beach, one of the most beautiful in Lipari

In addition to its wonderful coastline and beaches, here are other must-visit attractions during your stay in Lipari:

The beautiful little port of Marina Corta, in Lipari

Lipari is a lively city with many restaurants, bars, night clubs, and piano bars with live music, mainly concentrated in its historic center.

Most of the clubs are in fact located in Corso Vittorio Emanuele, the main street of the island. Among the most famous is the Sealight Club, nestled among rocks and overlooking the beautiful bay of Canneto.

For a quiet evening you can walk through the port while enjoying a granita or visit the local patisseries that stay open until late.

The cuisine in Lipari mixes Sicilian traditions with local products. Fish, fresh aromatic herbs such as oregano, rosemary and basil, and capers are present in most dishes.

Here are some local dishes and delicacies you absolutely must try during your holiday in Lipari:

Tip: don’t forget to stop by Subba Pasticceria on Corso Vittorio Emanuele. Make sure to try its almond biscuits! 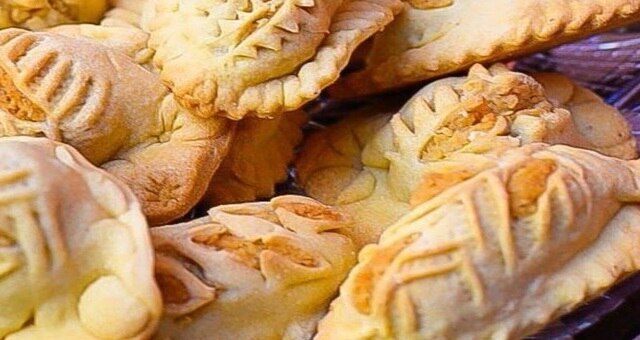 The traditional nacatuli, that is almond biscuits, of Lipari

Here are 4 tips that we hope will be helpful to you before your trip to Lipari:

Being the largest of the Aeolian Islands, Lipari is a perfect destination for any type of traveler.

Lipari is divided into 5 main suburbs: Lipari, Acquacalda, Canneto, Pianoconte, and Quattropani. If you are wondering where it is best to stay in Lipari, you should know that there are areas more suitable for families and others more suitable for young people looking to party.

The center of Lipari has the most bars, restaurants, shops, and clubs. If you want to stay somewhere close to the sea and also close to town, the areas of Canneto and Acquacalda are ideal. On the other hand, Pianoconte is the most wild and romantic place in Lipari. It is ideal for couples wanting to relax and enjoy the island’s breathtaking views.

As for basic services, in Lipari there are 4 pharmacies, a civil hospital and a doctor's office.

Useful phone numbers for your stay in Lipari

Here are some numbers that could prove useful during your holiday in Lipari:

Lipari can be easily explored by car, motorbike, bicycle, on foot, and by public transport.

While your vehicle will enable you to have more freedom, the local bus service is also very reliable and will permit you to reach various points around the island. The Urso bus service, in fact, offers connections to the areas of Canneto, Acquacalda, Quattrocchi, Pianoconte, and Quattropani.

Among the best ways to get around Lipari is the scooter. At the port you will find several places to rent one. Another cheap, efficient option perfect for sports and nature lovers is to rent a bike.

To move around and simultaneously explore the island’s coastline you can book a boat excursion or use the taxi boat service. 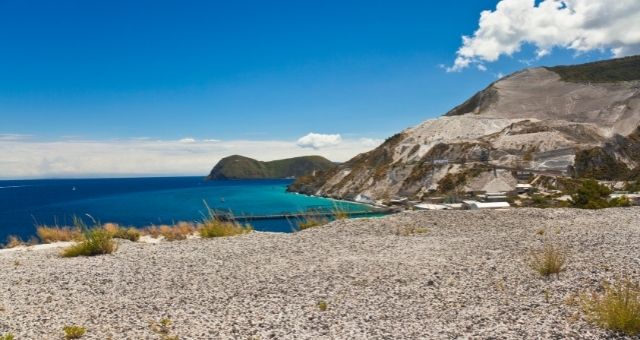 A hiking trail in Lipari with a spectacular view

The ports of Lipari are located on the island’s eastern coast. The two are separated from one another by the castle of Lipari.

In the area where the ports are situated there are various services, such as restaurants, bars, grocery stores, small shops, and a parking lot just 200m away. In addition to the beautiful castle overlooking the sea, which you will notice from the ferry, there are other cultural attractions in the vicinity of the port.

You can easily reach the port by taxi or by bus from several parts of the island.

The Aeolian archipelago consists of 7 islands and Lipari is the largest. Thanks to its central location, it is well connected to the beautiful Salina, Vulcano, Stromboli, Alicudi, Filicudi, and Panarea with several daily ferries.

The itineraries from Lipari to the other islands are active all year round with several connections per day operated by the companies Siremar and Liberty Lines.

Here's some additional information about the itineraries:

Tip: on our Map of ferries, you can find more about the available connections and schedules, so that you can easily and conveniently book ferry tickets from Lipari to neighboring islands in the Aeolian archipelago.

Are you thinking of visiting Lipari this year? The Aeolian Island can be reached by ferry from various parts of Italy! There are connections from Sicily (through the ports of Palermo, Milazzo and Messina) and from the ports of Reggio Calabria, Vibo Valentia and Naples.

The companies that operate the routes to Lipari are Siremar, Liberty Lines, Alilauro, and SNAV. Some connections are seasonal, while others are active all year round by both ferry and hydrofoil.

Here you can find more information about all the ferry connections: 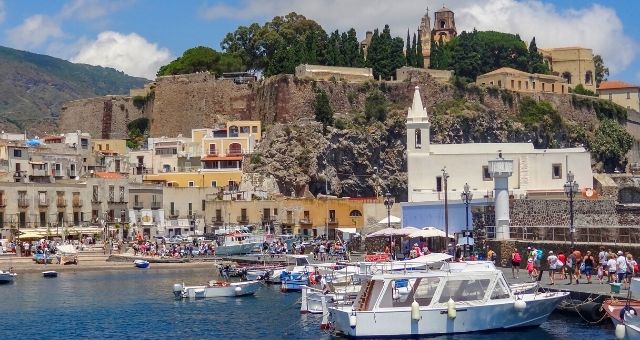 Small fishing boats anchored at the port of Lipari

Where to book ferry tickets online to Lipari?

Book cheap ferry tickets to Lipari online on Ferryhopper with no extra fees. Find all the information you need about ferries to Lipari, compare companies, trip duration and ticket prices, and organize your trip to Lipari and the Aeolian Islands in just a few clicks.