Explore the Canary Islands by ferry

Tenerife is a beautiful island, part of the Canary complex, and it is ideal for island hopping. Here you can find information about ferry routes between Tenerife and the rest of the Canary Islands, as well as useful travel tips.

Below you will find everything you need to know about island hopping in Tenerife: 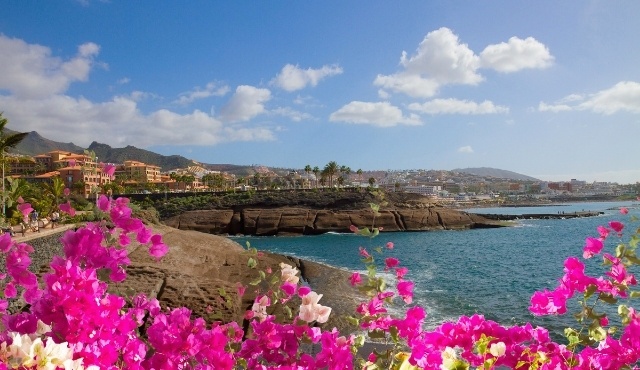 The mesmerizing scenery of the south coast of Tenerife

The Spanish island is popular for its magnificent natural sites, its renowned Carnival of Santa Cruz, as well as its amazing beaches. It is one of the most visited destinations in the Canaries and its key location means it’s easy to hop on a ferry to the neighboring islands.

Tenerife has 2 ports where you can catch a direct ferry to:

If you wish to explore the Iberic peninsula, you can also catch the ferry to Huelva or Cádiz and immerse yourself in Andalusia.

In the Canary island you can enjoy warm weather all year round. The best time to go to Tenerife is between June and September. However, the island is bustling with life even during the winter months, as the temperature is always mild and stable.

If you’re looking for a place to stay on the island, you’ll be glad to find out that there are many options for partying, relaxation, and exploration. The area of Costa Adeje, near the famous Siam Waterpark, is one of the best accommodation options.

The island’s airports, offer connecting flights to major European cities, making it very easy to get there.

Which are the ports of Tenerife?

There are 2 ports in Tenerife, connecting the island with the rest of the Canaries: Los Cristianos and Santa Cruz de Tenerife. 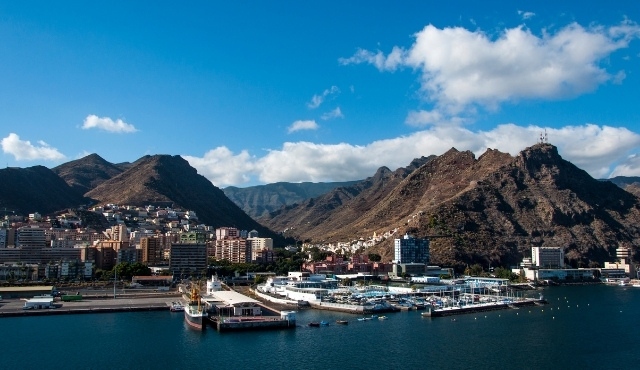 Traveling by ferry from Tenerife

Tenerife is the ultimate destination for island hopping in the Canaries. The island is in the center of the complex, which means you can travel to the neighboring islands easily throughout the year. Besides, there are regular ferry routes from Tenerife to mainland Spain. Here are some popular itineraries from the ports of Tenerife for 2022/2023:

Ferry from Tenerife to Huelva

From the port of Santa Cruz de Tenerife, you can travel by ferry to Huelva 3 days a week on average. Tickets usually start at €122. The ferry crossing Tenerife - Huelva is serviced by 2 ferry companies and the trip duration is around 38 hours. In Huelva, you will enjoy amazing beaches and have the chance to explore one of the oldest towns in Europe. 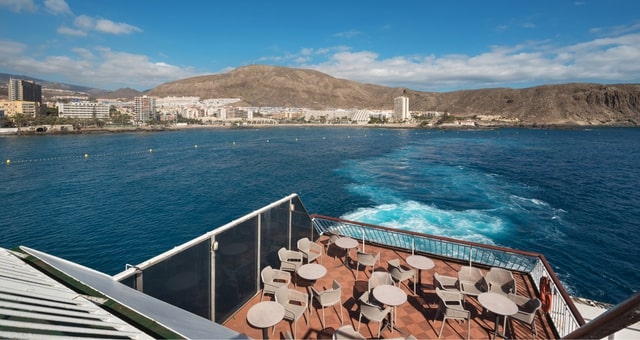 Ferry from Tenerife to Cádiz

There's also the option to take the ferry from Tenerife to Cádiz in Andalusia. The itinerary is normally available once a week by Trasmediterránea and the trip duration is approximately 54 hours. You can get a ticket for around €175. The port city of Cádiz is one of the most ancient in Europe. Make sure you visit the city's Phoenician remains.

Ferry from Tenerife to Lanzarote

At this moment, you can only get from Tenerife to Lanzarote indirectly, passing by Gran Canaria or Fuerteventura. The duration of the Tenerife - Lanzarote ferry crossing is between 10 and 17 hours and tickets start at €135. Once you arrive in Lanzarote, you will be able to visit quaint markets and swim in exotic beaches.

Tip: From Lanzarote, you can easily reach the island of La Graciosa. There are frequent ferry crossings to the port of Caleta de Sebo in La Graciosa, so that you visit the untamed beaches of the small island in just 25 minutes!

Ferry from Tenerife to Fuerteventura

There are only indirect crossings from Tenerife to Fuerteventura, passing by Gran Canaria. The total cost for the tickets starts at €130 and it takes between 6 and 16 hours to travel from Santa Cruz to either Morro Jable or Puerto del Rosario in Fuerteventura. Ferryhopper suggests that you visit the Natural Park of Corralejo to see the impressive sand dunes.

Ferry from Tenerife to El Hierro

With Trasmediterránea you can travel by ferry from Tenerife to El Hierro daily. It takes 2hours 30minutes to reach the port of Valverde from Los Cristianos, and the ticket price is around €54. El Hierro is known for its natural sights and outdoor activities.

Ferry from Tenerife to Gran Canaria

There are regular ferries from Tenerife to Gran Canaria, arriving at the ports of Las Palmas and Agaete from Santa Cruz de Tenerife. You can catch a ferry serviced by Naviera Armas and Fred. Olsen Express, There are around 14 daily ferries and the ickets for this route are between €48 and €72, The fastest ferries oly take 80 minutes for this crossing. When in Gran Canaria, don’t forget to visit the iconic beach of Maspalomas.

Ferry from Lanzarote approaching the port of Los Cristianos in Tenerife

Ferry from Tenerife to La Gomera

The Tenerife - La Gomera route is serviced by Naviera Armas and Fred Olsen Express with 42 weekly trips. It only takes 50 minutes to reach the port of San Sebastián from Los Cristianos and tickets start at €44. Hiking through the volcanic mountains of the small island is a must!

Ferry from Tenerife to La Palma

The itinerary is normally operated by Naviera Armas and Fred. Olsen Express, with tickets starting at €62. Catching the ferry from Tenerife to La Palma is possible daily and it takes between 2.5 and 7 hours to travel from Tenerife to Santa Cruz de La Palma. Follow the Volcano Route in La Palma to witness its amazing landscapes. 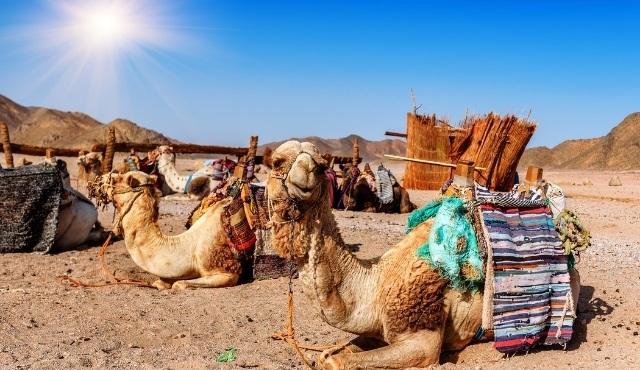 Where to book island hopping tickets for Tenerife?

On Ferryhopper you can easily book island hopping tickets for Tenerife. Find all the information you need about available ferry routes on Ferryhopper’s Map of ferries, compare ferry companies and itineraries, and plan your trip in the Canaries.