Located between dense forests and the Baltic Sea, Finland’s capital, Helsinki, features a dynamic food scene, an unspoilt coastline and some of the most distinctive architecture in the world.

On Ferryhopper, you can find lots of useful information about Helsinki, its must-see places, gastronomic delights and ferries to get there. Check out our available routes and book ferry tickets to Helsinki at the same prices as ferry companies! 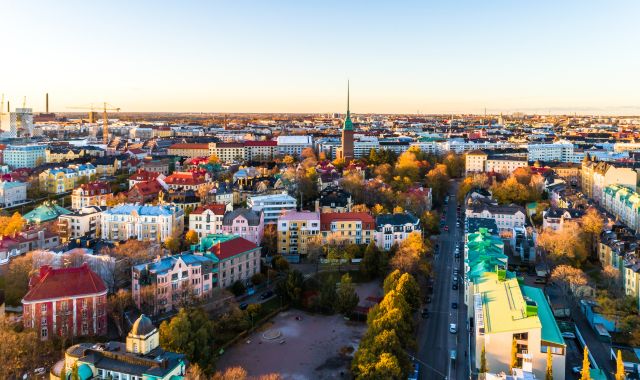 Aerial view of the city of Helsinki and its colorful buildings

Helsinki is a fantastic vacation destination for both art lovers and those who enjoy a dynamic and vibrant nightlife. In addition to being a child-friendly city ideal for family vacations, Helsinki is also a refuge for outdoor enthusiasts, due to the fact that it’s surrounded by forests, lakes and the sea.

This modern Scandinavian city is a magnificent year-round holiday destination, especially during the summer and spring months. During the cold winter months, there are many activities which you can enjoy, such as ice fishing, ice skating, cross-country and downhill skiing, and snowshoeing.

How to get to Helsinki

You can easily get to Helsinki by plane and by ferry.

Helsinki-Vantaa Airport is the main international airport of Helsinki and one of the busiest in the Nordic countries. It is located around 19 km from Helsinki city center or around 30 minutes away.

As for ferry routes, Helsinki is connected by ferry with Tallinn, Estonia, and to Stockholm, Sweden. It can also be reached from the Åland Islands.

Find more information about ferry routes and schedules to Helsinki below.

What to do in Helsinki

Take your time to discover Helsinki and explore the beautiful city on foot.

Stroll through Esplanade Park and watch the street performers, visit Helsinki’s stylish Design District and sample street food at the Old Market Hall. Marvel at the neoclassical Government Palace, the magnificent Helsinki Cathedral and the statue of the Russian monarch Alexander II in Senate Square. Then stop for kakkukahvi (coffee and cake) at a cute coffee shop nearby.

And if you love hiking, you are in the right place! Helsinki is surrounded by many breathtaking national parks, such as the Nuuksio National Park. You can also go mushroom hunting in Liesjärvi National Park, located 100 km outside the city.

Finally, if you want to relax after a stressful day, nothing is better than pampering yourself with a sauna. 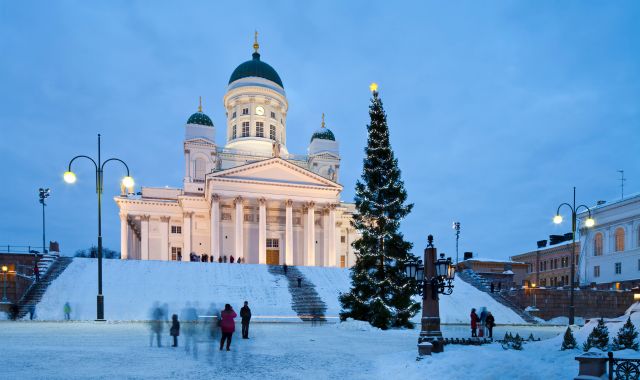 A Christmas tree in front of the majestic Helsinki Cathedral

Helsinki is a city with a wide range of historical sites, museums and galleries. Walking around the city’s neighborhoods is one of the best ways to explore its sites and admire the city's architecture.

Are you wondering what to see in Helsinki? We made a list of some of the must-see sights in the city: 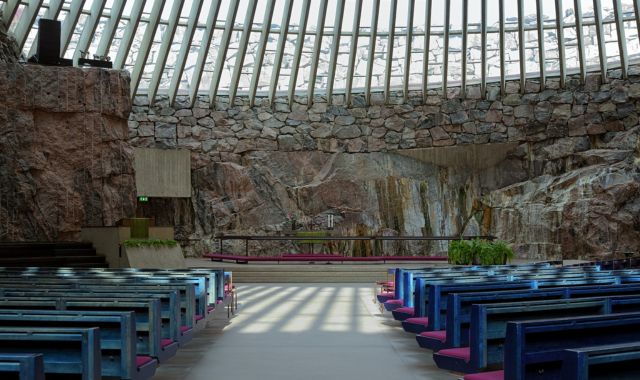 The stunning copper dome of the Temppeliaukio church, in the heart of Helsinki

Helsinki has a vibrant club culture with DJs and live music every day of the week.

For the best night out in Helsinki visit the bohemian district of Kallio. It attracts artists and students to its hip bars and homey cafes. Other options include the districts of Kamppi and Punavuori.

During summer, all the bars have patios and terraces set up outside. Moreover, the city's rooftop bars are a great place to take in the stunning phenomena of the midnight sun. Even in winter, however, you won’t be disappointed with Helsinki’s unique nightlife.

Helsinki’s also famous for its festivals that, due to weather constraints, take place mainly in the months from May through September. Some examples include the Flow festival and the Helsinki festival.

During your stay in Helsinki, make sure to try the following delicacies: 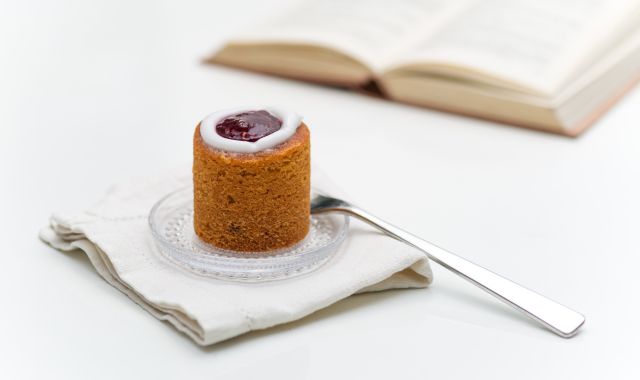 Tips for your holidays in Helsinki

Here are 6 tips for your stay in Helsinki:

Helsinki is the capital of Finland, a modern city with lively vibes and impressive architecture. It has highly developed tourist services and there are things to see and do all year long.

In Helsinki, you will find a variety of accommodation options depending on your style and budget. If you want to go sightseeing, the best area to stay is in the city center, near Mannerheimintie (Mannerheim Street).

Moreover, Kaartinkaupunki is one of the best places for families looking for accommodation during their stay in Helsinki. If you’d rather be close to Finland’s music scene and are on a budget, then we recommend staying in either Kamppi or Kallio.

As for hospitals, there are several options in the center of Helsinki and the suburbs, so you can enjoy your vacation with peace of mind.

Important phone numbers for your stay in Helsinki

Here are some useful contacts for your trip to Helsinki:

Since Helsinki is quite small, exploring it on foot is easy - it only takes 40 minutes to get from one side of the city to the other. Renting a bicycle is another great opportunity to explore the city on your own terms. In fact, Helsinki has a 1200 km network of bike paths.

Alternatively, Helsinki's public transportation network (HSL) is also excellent. You can board trains, trams, buses, the metro, and even the municipal ferry to Suomenlinna with just one ticket. The central train station of Helsinki is actually considered to be one of the most beautiful train stations in the world.

Tip: in case you choose to drive in Helsinki, you should remember that they drive on the right and that all vehicles must have winter tires – preferably studded. 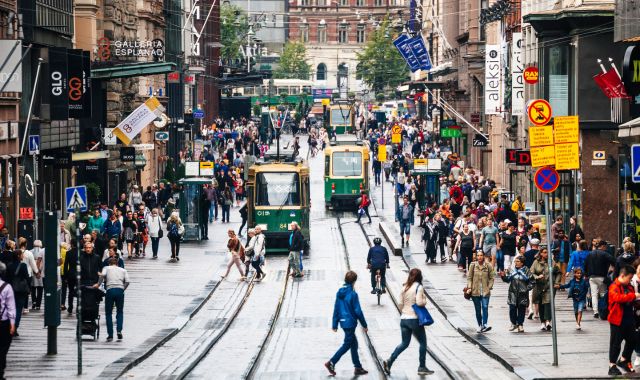 Trams in the city center of Helsinki, Finland

The Port of Helsinki lies on the southern coast of Finland, resting on the Gulf of Finland in the Baltic Sea. With more than 12 million people passing through its gates each year to board ferries and cruise ships, it is one of the busiest passenger ports in the world. It consists of 4 terminals: South Harbor (Olympia), West Harbor (Terminal 1 & 2), Katajanokka, and Hansa.

Approximately 4 km from the city center, there are restrooms, public transportation links, and souvenir stores located on or near each of the four docks.

The port of Helsinki can be reached by ferry from Sweden, the Åland Islands and Estonia.

The companies that operate the connections are Tallink, Viking Line and Eckerö Line. Keep in mind that on all vessels it is possible to embark your vehicle and choose to stay in a cabin.

On Ferryhopper's Map of ferries, you can see all the available ferry routes to Helsinki, so that you can easily and conveniently plan your ferry trip.

Here are some more details on the ferry connections to Helsinki: 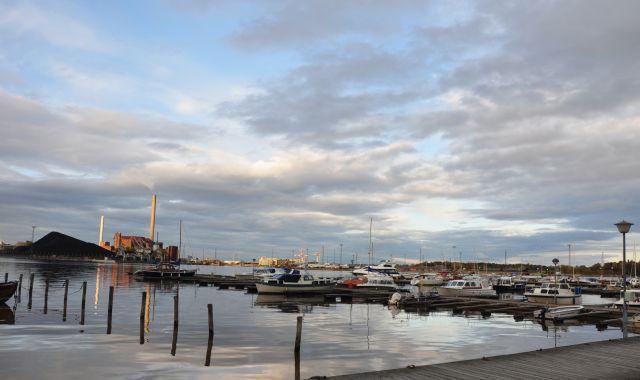 Sunset over the harbor of Helsinki

Where to book ferry tickets to Helsinki online

On Ferryhopper, you can find all connections to and from Helsinki, compare prices, departure times and book cheap ferry tickets to Helsinki online at no extra cost.