Golden stretches of sand, crystal-clear waters, charming tavernes, and cute bars are only some of the reasons why island hopping in the Small Cyclades should be up next in your vacation wish list!

Yes, we are sure that you’ve heard of the Cyclades; they have long been a favorite holiday destination for travelers around the world.

But what if you have already witnessed the mythical Oia sunset in Santorini, enjoyed the world-famous party scene of Mykonos, and bar-crawled around Ios? You may be wondering if there's anything more to the Cyclades. Before your wanderlust takes you to other unexplored territories, it's time to let you in on the Aegean's hush-hush treasure: the Small Cyclades.

Located between Naxos and Amorgos, this island sub-group consists of 4 islands: Donousa, Iraklia, Schinoussa, and Koufonisia. The islands remained off-the-grid until a couple of decades ago (they got electricity in 1982). Yet, over the last decade, they have been gaining some serious tourist traction and buzz.

Offering much more than you could ever imagine, these microscopic stretches of land in the middle of the southeast Aegean Sea deserve to make it to your vacation bucket list and here is why. 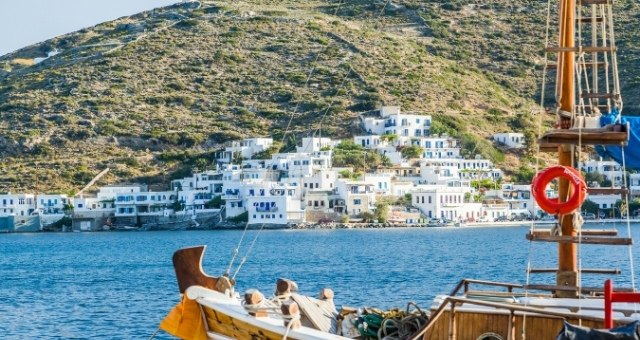 Boats at the port of Katapola in Amorgos

The tiniest and most popular island of the bunch, Koufonisia has been steadily rising to tourist fame since 2000, enchanting visitors with its unique natural beauty. In fact, Koufonisia is divided into 2 small islands: Ano Koufonisi and Kato Koufonisi. In both islands, the turquoise, crystal-clear waters and golden-sand beaches come in direct contrast with the dramatic rocky landscape, creating the ultimate Cycladic landscape.

Koufonisia has one main village, which is usually packed during August, with little tavernes and hip bars. The island is also a great choice for travelers who like to hop from beach to beach during the day, as its 5 main beaches (Limani, Foinikas, Fanos, Italida, and Pori) are connected through seaside trails and are just a short walk away from each other.

What should be on your bucket list: breaking dawn at Pori, the eastern part of the island, which offers a truly breathtaking sunrise. Pori is also home to Kalofego, one of the island’s finest bars and restaurants.

How to get to Koufonisia

There are multiple ferries from Piraeus to Koufonisia every day, while the legendary ferry Skopelitis Express normally connects Koufonisia with Naxos, Amorgos and more nearby islands daily too. 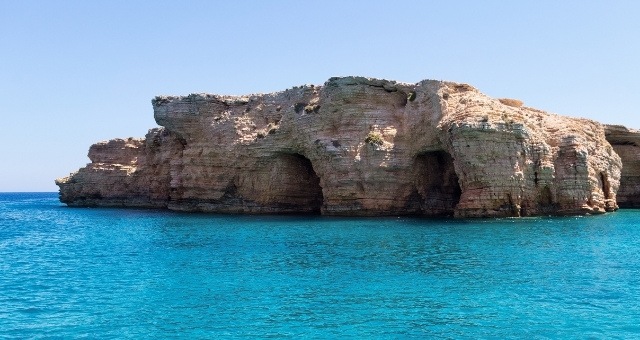 The biggest island of the Small Cyclades is -ironically- the most quiet, secluded and least commercialized of all. Iraklia offers a quiet haven to travelers who yearn for good food and long days at the beach. The island has two villages (Agios Georgios and Panagia) connected by road, as well as through the island’s lovely and extensive trail network, perfect for adventurous hikers-at-heart.

Beach life may seem limited to the charming sandy beach of Livadi, which can be reached on foot by both villages. During peak season, though, the seasonal minibus takes travelers all the way to Tourkopigado, a secluded pebbled beach featuring turquoise waters. Also, there's a fishing boat taking travelers on daily cruises to Iraklia’s secluded bays and beaches, including Alimnia, the island’s most famous bay, known for its transparent waters and impressive sea floor that hosts the remains of a crashed World War II plane.

What should be on your bucket list: joining the feast of St. John the Baptist, taking place inside a cave. Normally, on August 28, flocks of people accompany the icon of St. John from Panagia to the Cyclops Cave (said to be the home of Homeric mythical hero Polyphemus), where a vesperal liturgy takes place by candlelight. The same night, local musicians “take the stage” at Panagia for a night filled with traditional music, food and dancing.

How to get to Iraklia

There’s a ferry from Piraeus to Iraklia 3-4 days per week. Normally, Skopelitis Express runs a ferry trip between the Small Cyclades, Naxos and Amorgos from Monday to Saturday. 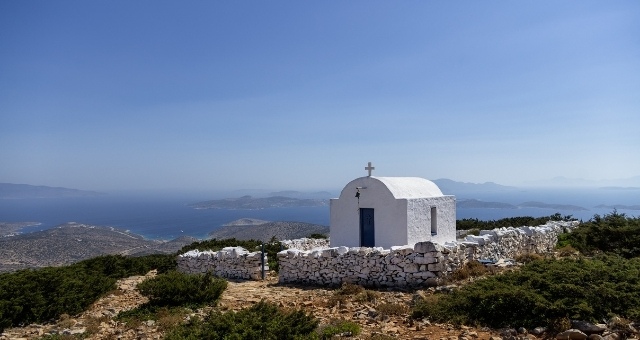 Cycladic chapel in a calm setting in Iraklia

The lovechild of Iraklia and Koufonisia may be less cosmopolitan or wild at heart, yet it dances to the beat of its own drum. With otherworldly beaches, a dramatic scenery and the quirkiest nightlife among the Small Cyclades, Donousa has become the ultimate destination for hipsters and curious travelers.

Despite being the second biggest island of the Small Cyclades group, Donousa’s most famous beaches (Kedros, Livadi and Kalotaritissa) can be reached on foot, while in August there are boats and buses to the beaches from Stavros, the island’s only village.

As for nightlife? Skantzoxoiros at the port and the charming beach bar at Kedros serve great cocktails, food, and host live shows from sunrise till the break of dawn.

What should be on your bucket list: diving off the cliff at Fokospilia. The small sea cave used to be a seal habitat and offers amazing deep blue waters and a stunning seabed.

How to get to Donousa

There’s a ferry from Piraeus to Donousa every Monday, Wednesday, Friday, and Saturday, while Skopelitis Express usually docks at the island’s port from Monday to Saturday during the summer. 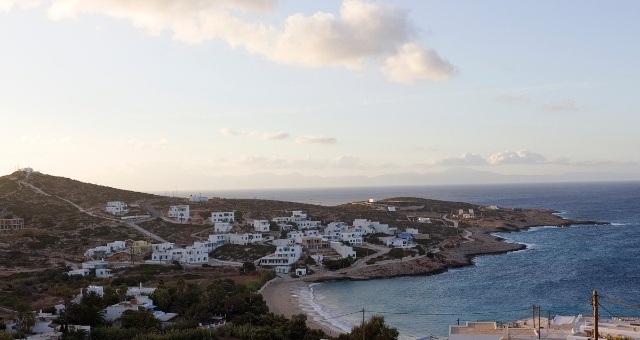 Voted as one of the 6 places one must visit in Greece by Forbes back in 2012, Schinoussa offers its visitors a majestic landscape along with the alluring and untouched crystal waters of the Small Cyclades.

The island is known for its unique natural beauty, featuring secluded beaches, amazing views into the great Aegean blue and long stretches of land filled with the evergreen mastic tree shrub. The picturesque narrow alleys of its villages (Chora, Mersini and Messaria), as well as the kindness of locals make visitors feel like they’re home.

The coastline of Schinoussa offers 18 beaches and many sheltered and private bays. At night, the little tavernes around Chora light up and await to introduce visitors to the island’s lovely nightlife. During the summer, travelers will also find many yachts docked in Schinoussa’s main marina, usually owned by world-famous celebrities, who go there seeking quiet refuge.

What should be on your bucket list: showing up for the Donkey Race in August. Up until 1980, donkeys were the only mean of transportation around Schinoussa; so, locals celebrate their great contribution to the island’s daily life by holding this race. And if you’re not a big fan of fast and furious donkeys, then putting your fork into a fava dish, the island’s awarded local specialty, should be at the top of your list!

How to get to Schinoussa

There’s a ferry from Piraeus to Schinoussa every Tuesday, Thursday and Sunday, while Skopelitis Express reaches the island’s port every Monday to Saturday during most years. 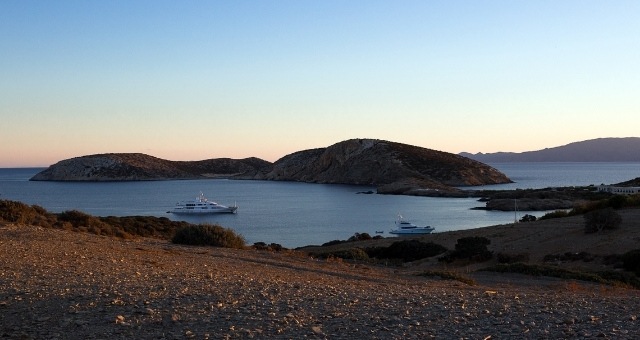 The beautiful beach of Livadi in Schinoussa

If you're excited about going island hopping in the Small Cyclades, you can find everything you need on Ferryhopper. Get cheap ferry tickets from mainland Greece to the Small Cyclades, as well as for trips within the small island group and sail away with confidence!

Tip: Check all 2021 Covid-19 ferry travel measures for Greece to plan the perfect trip in the Small Cyclades!