Pozzallo is a charming seaside town in the province of Ragusa. It is a well-liked tourist destination in eastern Sicily and serves as the main port for those who want to reach Malta quickly.

On Ferryhopper, you can find useful information about must-see places in Pozzallo, the best beaches, local delicacies, and ferries to and from its port. Read our travel tips and book ferry tickets to Pozzallo with ease!

Below, you can discover: 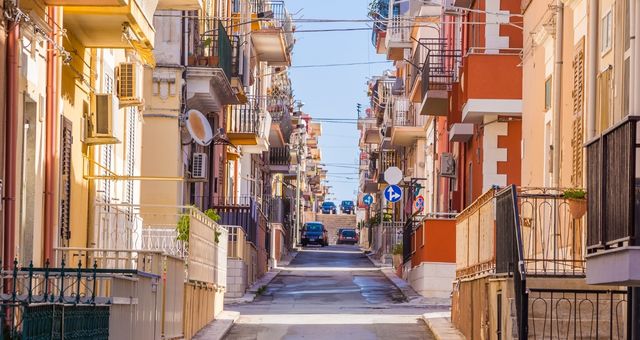 Located on Sicily's southeast coast, Pozzallo is a significant commercial port. With a distance of about 90 km from the coast of Malta, it serves as the primary maritime connection between Italy and Malta.

The port is about 30 minutes' walk from the city center, and the bus and train stations are about 3 km away. Parking, car rentals, information points, bars, and taxis are all available in the port area.

Interesting fact: did you know that the first submarine telephone cable in the Mediterranean was installed in Pozzallo in 1954? This brought Pozzallo closer to the island of Malta!

The port of Pozzallo is a short distance from the lovely island of Malta. Thanks to the Virtu Ferries crossings, you can travel by ferry to Malta from Pozzallo all year.

Depending on the day of the week, there are 1-3 available crossings to the Maltese capital's port of Valletta. The crossings from Pozzallo to Valletta last 1 hour and 45 minutes and vehicles can be boarded on all vessels. The cost of a one-way ticket from Pozzallo to Malta is €56.

Pets are also welcome to travel on Virtu Ferries vessels. Pets can travel in their carriers or in air-conditioned specially designed cabins that are located on the garage level.

Useful info: from Malta you can reach the nearby island of Gozo by ferry. For more info, take a look at the Valletta - Gozo route! 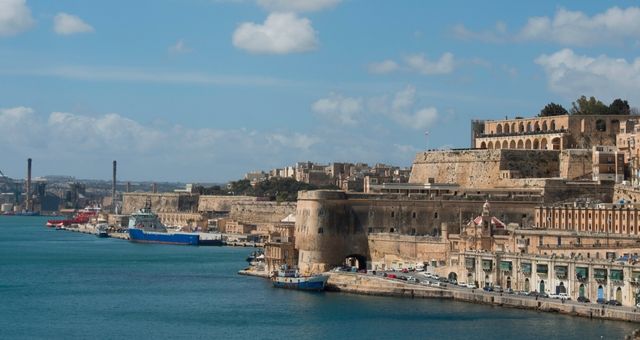 The historic port of Valletta in Malta

Pozzallo is a popular summer vacation destination for thousands of tourists each year. A few of the things that make this town so alluring are its favorable climate, the crystal clear sea and its extensive coastline.

From groups of friends to families seeking a good time, Pozzallo certainly has something for everyone.

Get ready to spend unforgettable moments between a dip and an aperitif overlooking the sea, as well as visiting a charming town rich in history!

How to get to Pozzallo

You can reach Pozzallo by car, train, bus, and ferry.

If you are driving from Italy, you must first arrive at the port of Villa San Giovanni in Calabria and then take the ferry to Messina. Messina and Pozzallo are approximately 200 km apart.

If you're already in Sicily and prefer to travel by train, the Syracuse - Ragusa line stops at Pozzallo. AST buses are another option, and they depart from Ragusa and arrive in Pozzallo in about 35 minutes.

The closest airports to Pozzallo are those in Comiso and Catania. However, you can travel directly from Malta to Pozzallo by ferry in under 2 hours. 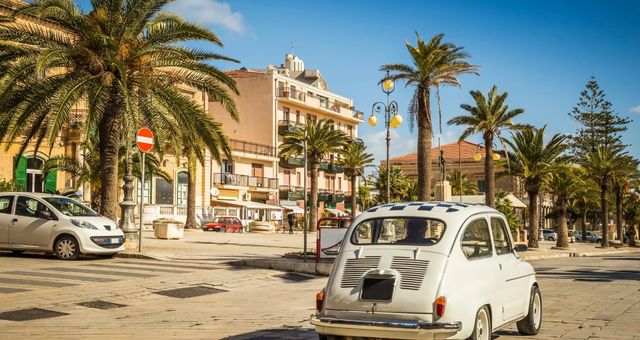 What to do in Pozzallo

Pozzallo's main attraction, along with its promenade, is undoubtedly its scenic beach. Here, you can unwind, take leisurely strolls or sit in the neighborhood bars.

Visit the well-known Torre Cabrera to immerse yourself in history and the era of pirates. Discover the alleys in Pozzallo's old town and admire the art nouveau architecture. Treat yourself to a coffee in Piazza delle Rimembranze, mingle with the locals and ask their recommendations for the most fresh fish in the area!

The Castello di Martino, which overlooks the port, is a great place to watch the sunset before dinner.

After spending a few days exploring Pozzallo and its surroundings, you can take the first ferry to Malta and spend a day there.

The coast of Pozzallo stretches for several kilometers and is home to some of Sicily's most beautiful beaches. Aside from the beaches near the city center, it is worth traveling to the coasts of Ispica and Modica.

Here are the top 5 beaches in Pozzallo and its surroundings that should not be missed: 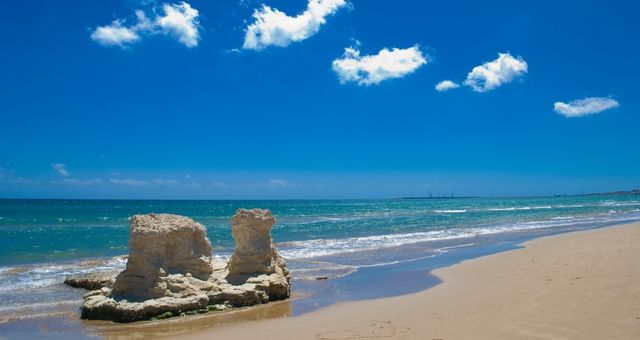 Pozzallo has not only beautiful beaches, but also some important attractions.

During your stay in Pozzallo, we advise you to visit:

Pozzallo has a vibrant nightlife, especially during summer.

The majority of the clubs are situated close to the promenade, the Piazza delle Rimembranze and the beach. In the evenings, many beach bars and restaurants host sunset aperitifs and live music performances.

The Tiki Beach Club is one of the most popular clubs near the beach. If you want to party all night, the Havana Beach Club, Pozzallo's only disco, hosts evenings with international DJs and celebrities.

Moreover, many cultural events are held throughout the year.

Fresh fish and shellfish are popular in Pozzallo and Ragusa cuisine. All of the dishes are made with high-quality ingredients, resulting in true delicacies.

During your stay in Pozzallo, do not miss the following delicacies: 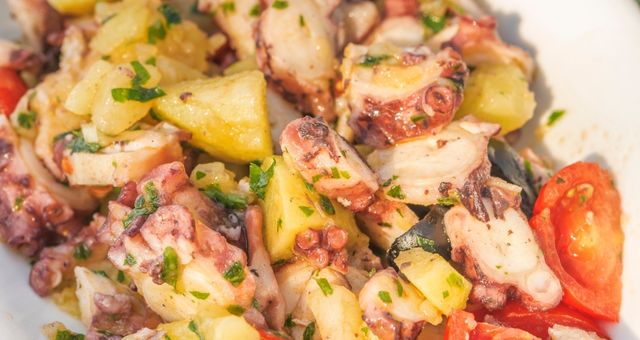 Thanks to its strategic location, Pozzallo is a great place to stay if you plan to visit any of the numerous tourist resorts nearby. Among them, we recommend that you discover:

Tips for your holidays in Pozzallo

Here are 3 tips for your trip to Pozzallo:

Pozzallo is a popular summer destination and it is also known as "the terrace of the Mediterranean" due to its location.

This town has a well-organized center and a variety of accommodation options. If you choose to stay in Pozzallo for a few days, there are several low-cost hotels, bed and breakfasts, and apartments situated between the historic district and the waterfront region.

Although the Pozzallo Medical Guard is situated on Via Rapisardi, Modica or Scicli both have hospitals that are close by.

Important phone numbers for your stay in Pozzallo

Here, you can find some phone numbers that might prove useful for your vacation in Pozzallo:

Pozzallo is the smallest town in the Ragusa region, with the majority of its attractions concentrated in its historic center. As a result, you can easily walk around the city.

You can use AST bus lines to get to some of the beaches or neighboring towns. The timetables are usually displayed on signs at the bus stop on Viale Europa.

If you arrive by car in Pozzallo, there are several paid parking lots in the port area. 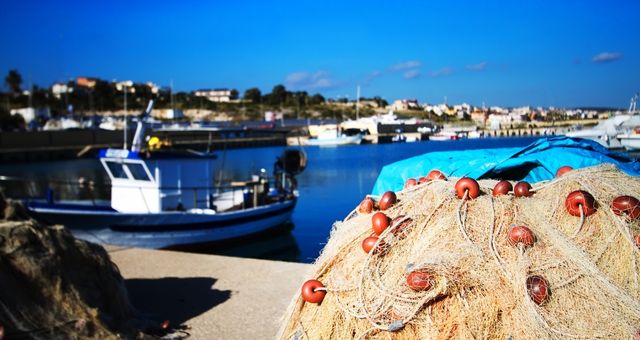 Fishing nets at the port of Pozzallo

Where to book ferry tickets to Pozzallo online

At the moment, it is not possible to book ferry tickets from Pozzallo to Malta on Ferryhopper, but we are working to include more routes in our system. In the meantime, you can check out our Map of ferries and discover all the available ferry routes to the Mediterranean!