Arbatax is a marine fraction of the municipality of Tortolì and is located along the eastern coast of Sardinia. On Ferryhopper, you will find useful information about must-see places, beaches, local delicacies, ferries to Arbatax and book your tickets with just a few clicks!

Take a look at our tips for your dreamy vacation in Arbatax and discover useful information about its port:

The breathtaking view of the Gulf of Orosei in Sardinia

Arbatax is a charming seaside town, best known for its suggestive position on the slopes of Capo Bellavista. When Italians hear of Arbatax, one thing comes to mind; the magnificent Red Rocks (Rocce Rosse) by the sea, pointing to the horizon.

Tip: plan your visit to Arbatax during August when the Rocce Rosse Blues music festival takes place and get ready to be enchanted with its soothing notes.

Also, Arbatax is great for nature lovers as it is full of greenery and hiking trails. Among breathtaking landscapes, between cliffs and mesmerizing coves, it is a destination for relaxation. It combines heavenly beaches and stunning scenery, ideal for a weekend trip with families and friends.

You can visit Arbatax and the entire area of Ogliastra throughout the year. Its mild temperatures allow you to move around the town with ease and comfort during both summer and winter! So, are you ready to go?

How to get to Arbatax

Arbatax is connected with more ports on the island of Sardinia, as well as the Italian peninsula. The fastest way to get to Arbatax by sea from the mainland is from Civitavecchia, thanks to the weekly connections active all year round. Civitavecchia is located less than 1 hour from Rome, so you can easily reach its port from all over Italy.

It is also easy to reach Arbatax from other places in Sardinia (Cagliari and Nuoro) by car or bus. You can reach Cagliari by car in less than 2 hours or take a bus to Tortolì station. You can also take a bus directly from the city of Nuoro and arrive in Arbatax in 2,5 hours.

Alternatively, you can reach Arbatax by plane. The closest airport is in Cagliari, located 130km from the town of Arbatax, offering both national and international flights.

The rugged coast of Arbatax near the port

What to do in Arbatax

There are plenty of things to do in Arbatax, starting from the magnificent port area. The imposing Red Rocks located near the port will give you a warm welcome! The cliffs of red porphyry emerging from the crystal clear waters create a natural postcard scenery, so better get your camera ready!

However, the Red Rocks is not the only worthy attraction of Arbatax. The town is rich in natural wonders, so trekking and hiking lovers can indulge themselves in breathtaking views. The whole area is also known for its archaeological sites and the Necropolis of Monte Terli.

We are all about museums and ancient parks, aren’t we? Now let’s skip to the one thing that makes Arbatax stand out! The whole region is surrounded by the most heavenly beaches in Sardinia.

Prepare your backpack, take the boat and leave for a day trip to the stunning coves of the Gulf of Orosei from the port of Arbatax. Don’t forget your mask and snorkel as they are important for diving into the majestic underwater world!

Arbatax is a stretch of coast full of heavenly beaches, ideal for those looking to strike the happy medium between social life and relaxation.

Here are our 7 favorite beaches in Arbatax:

The Red Rocks emerging from the turquoise Cea beach

The Arbatax area and the whole Tortolì area offer dreamy beaches and some natural beauties and remains of the past to admire.

Among the most beautiful attractions to discover in Arbatax we recommend: 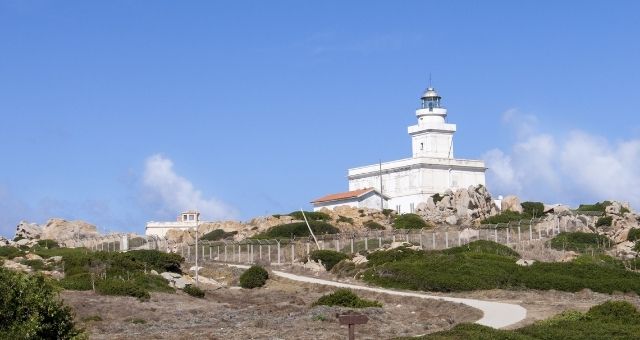 The Capo Bellavista lighthouse near the center of Arbatax

Arbatax has a lively nightlife for every taste. You can find most of the clubs near the waterfront area. In addition, there are several beach bars organizing events and live music nights throughout the year.

Enjoy an aperitif by the sea in total relaxation or go dancing in the disco and have fun until the first light of dawn! The Arbatax Disco Club. It’s one of the most idyllic places for a drink offering a breathtaking view of the Red Rocks.

The cuisine of Arbatax is simple and tasty with intense flavors! Seafood is a prominent feature of Italy’s regional coastal cuisines. However, meat and ricotta cheese are also ingredients of the local recipes that go hand in hand with a glass of Cannonau wine.

Here are some of the most delicious local delicacies to try during your stay in Arbatax: 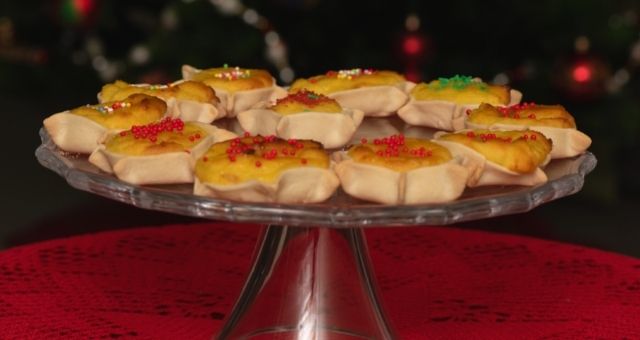 The delicious pardulas sweets with ricotta and lemon

What to visit around Arbatax

If you decide to stay a few more days in Arbatax, we suggest you visit the area of Ogliastra. Embedded between the Tyrrhenian sea and the mountains of Gennargentu in the heart of eastern Sardinia, the area of Ogliastra boasts a wild landscape surrounded by unspoiled nature.

Also, you can’t miss a visit to the mesmerizing town of Baunei, which is situated about 20km from Arbatax. In addition to its heavenly beaches, you can discover the famous caves of Grotta del Fico and Su Meraculu. Before you leave the eastern part of Sardinia, have a little road trip and explore the picturesque villages of Ilbono, Lanusei and Arzana.

Here are 4 tips that we hope will be useful to you during your stay in Arbatax:

Arbatax offers its visitors various things to do and see. Most restaurants and shops are located in the center of the town. Despite the fact that most tourist activities operate during the summer, Arbatax offers various services.

Regarding your accommodation in Arbatax, we recommend that you opt for the downtown area as it’s full of alternatives between hotels, pensions, guest houses and Bed & Breakfasts. However, finding something near the port is preferable if you intend to leave by ferry the following day.

Alternatively, you can find accommodation with lower prices in the area of ​​Torre di Bari, 20 minutes from Arbatax. If you like camping you can find some campsites near the beaches of Lido di Orrì, Il Golfetto and Cea. Among the best family-friendly areas to stay near Arbatax are Porto Frailis and San Gemiliano, offering various services.

As for health care in Arbatax, there is only one pharmacy located on the seafront. The tourist medical guard service is situated in Tortolì and is active throughout the summer in case of any emergency. However, the closest hospital is ASL 4 in Lanusei.

Important phone numbers for your stay in Arbatax

Here are some useful contacts to keep within reach during your trip to Arbatax:

In Arbatax, you can easily get around on foot or by bus. Most of the streets are pedestrian, making it easy to explore the town quickly. The main attractions are located in the port area. However, if you want to explore the surroundings, it is advisable to travel by car. You can board your vehicle on the ferry or rent a car as soon as you reach the town.

The bus network is very efficient and you can easily move around Tortolì. For short trips outside the town, you can also use the public transport of the ARST company. From Tortolì station, several buses leave daily for Arbatax, taking about 15 to 20 minutes.

Tip: the ARST regional railways allow you to explore all the amazing places in Sardinia with the Green Train, also known as “Trenino Verde”. The route from Arbatax to Mandas is a fascinating ride! It’s a 62km long route that crosses bridges and passes through canyons while glimpsing the coast.

The port of Arbatax is a very important tourist port in Sardinia, welcoming many visitors annually. The ferry pier is located near the town offering various services such as bars, restaurants and a supermarket.

If you wish to travel to Tortolì, there is a city bus stop next to the port. However, before leaving for Tortolì, visit the imposing Saracenic Tower and the magnificent Red Rocks of Arbatax located very close to the port.

Being one of the most important ports in Sardinia, Arbatax is a very popular destination, especially during the summer. However, you can reach this beautiful tourist resort all year round thanks to the ferry connections with the port of Civitavecchia.

The ferry routes from Civitavecchia to Arbatax are operated twice a week (Tuesdays and Saturdays) by the company Grimaldi Lines. The crossing takes about 9 hours and the departures are usually in the evening.

Tip: we recommend that you book a cabin for a comfortable trip. There are different types of accommodation, such as cabins specially designed for disabled people and pets. 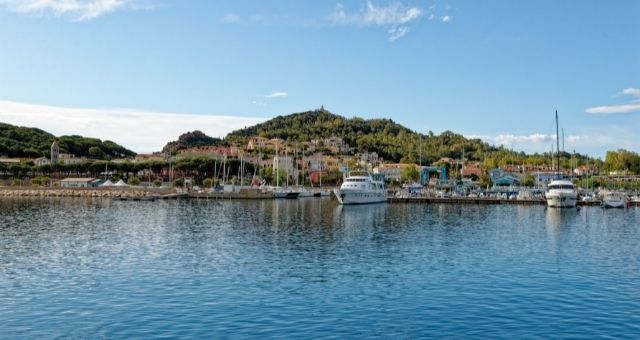 Anchored boats at the port of Arbatax

Where to book ferry tickets to Arbatax online?

On Ferryhopper, you can find all connections to Arbatax, compare prices and companies, departure times and book your ferry tickets online with ease. Find all the routes available on our Map of ferries and get ready to dive into the crystalline sea of Ogliastra and Sardinia!