A modern city and an important seaport on the Baltic Sea in Northern Poland, Gdynia boasts a rich maritime heritage and striking architecture. On Ferryhopper, you can find useful information about must-see places, local delicacies and ferries to Gdynia, and book your tickets online with no additional fees! 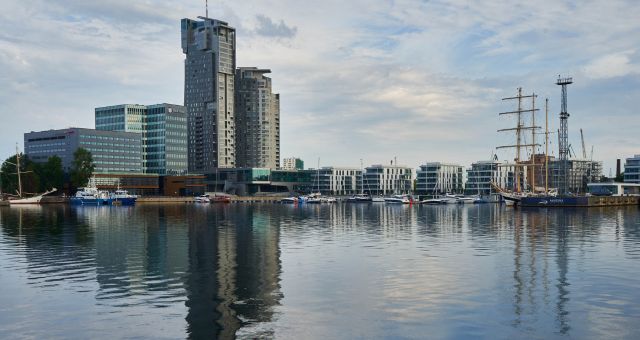 The two 130-meter high Sea Towers, the architectural symbol of the city

Part of the Tricity – together with Gdańsk, Sopot and the neighboring communities – many first-time visitors to Sopot or Gdańsk also spend at least a day in Gdynia. This city is well known for its beaches, trendy cafés and bars. Additionally, the abundance of museums and events in this gorgeous seaside resort will satisfy the needs of any culture enthusiast.

A fishing village till 1926, Gdynia is now a Polish symbol of modernity. Architecture aficionados will particularly value the central part of Gdynia, thanks to the presence of the Modernism Route, where classic meets modern.

Moreover, thanks to the presence of an aquarium and Jumpcity, the largest trampoline park in Poland, this is also a destination ideal for family holidays.

How to get to Gdynia

You can easily visit the coastal city by ferry and plane.

There is a direct ferry route from Sweden, with ferries departing from the port of Karlskrona. Learn more about ferries to Gdynia here.

If you wish to travel by plane, the nearest airport to Gdynia is Gdańsk (GDN), which is 15.9 km away.

What to do in Gdynia

Start your vacation in Gdynia by strolling along Kosciuszki Square, the most famous square in the city. Then move on to its seafront promenade, one of the prettiest in Poland, and the Maritime Legend Route with up to 300 years old exhibits.

We also recommend passing through the 250-yacht marina, which has gained Gdynia the nickname ‘the Polish Cannes’. After your walk, you might have worked up an appetite, so pay a visit to a famous boat restaurant and sample the city’s delicious seafood.

To watch an unforgettable sunset (or sunrise if you’re a morning person), head to the city's central district - the Stone Hill (Kamienna Góra). At the top of the hill, there is a restaurant, a park, a large cross sculpture, and the best views over Gdynia.

If you’re into sports, you might know that Arka Gdynia is one of the best Polish professional football clubs. You can watch them play at their stadium, but make sure to wear blue and yellow in support. Alternatively, in Gdynia you’ll also find the stadium for Poland's national rugby team, Narodowy Stadion Rugby.

Lastly, if you decide to visit Gdynia in the summer months, we highly recommend taking a ferry to Hel, a beautiful peninsula with pretty beaches.

Admirers of 1920s and ‘30s architecture will particularly enjoy Gdynia. The city may not have the old historic landmarks of Gdańsk and the charm of Sopot, but there are some intriguing things to observe by simply wandering around its streets. For example, many of the buildings are constructed to resemble ocean liners.

Here you can find a list of the top sightseeing in Gdynia: 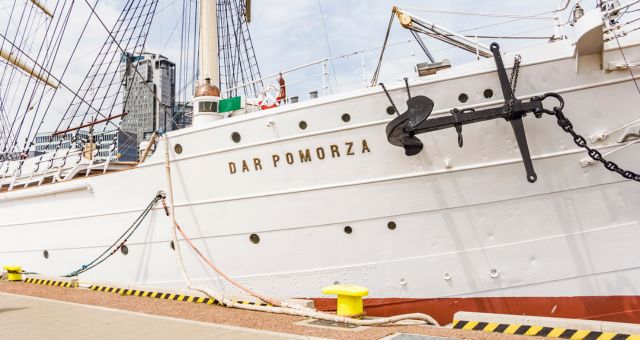 While neighboring Sopot is unquestionably the queen of the Tri-City nightlife, Gdynia is also a cool city to hang out in, especially during the summer.

Gdynia has a fair selection of trendy bars, while not as concentrated in one area like Sopot, they do offer a little more variety. Although most of the nightlife is located near the sea around Al. Jana Pawa and Skwer Kociuszki, there are a number of less boisterous bars in the city center that are worth looking into.

The Tricity's cuisine is a mix of traditions from all parts of the country. Just like other seaside cities, Gdynia is famous for its seafood dishes. But soups and meals including meat are also very popular. Some typical dishes from Gdynia are:

Useful info: while in Gdynia, make sure to walk along the Culinary Centre Route, promoting authentic restaurants run by people with a passion for cooking. 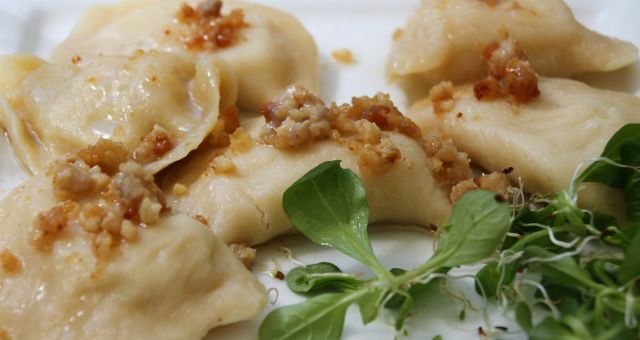 A delicious plate of pierogi dumplings

Here are 3 tips that we hope will be useful to you during your stay in Gdynia: 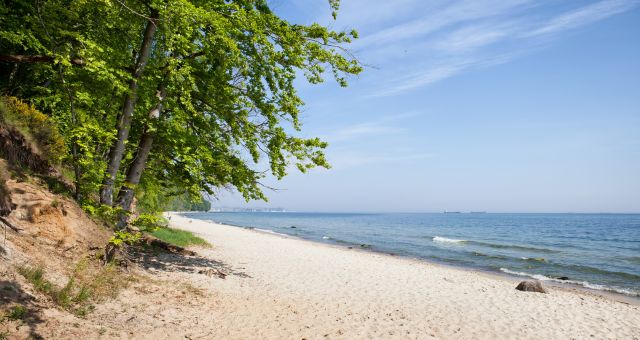 The sprawling seaside park of Kepa Redlowska in Gdynia

This maritime town has all the basic visitor amenities for laid-back holidays, including a wide range of accommodation options.

Take advantage of Gdynia's compact layout, which makes it possible for most hotels to be reached by foot from the beach in less than 10 minutes. Keep in mind that the main streets in Gdynia are Świętojańska and 10 Lutego. As for medical services in Gdynia, there are pharmacies and medical centers.

Important phone numbers for your stay in Gdynia

Here are some phone numbers that might prove useful during your stay in Gdynia:

Gdynia has a very effective public transportation system. The easiest way to travel between the three cities of Gdańsk, Gdynia and Sopot is through the SKM kolejka (commuter train). Trains run every 10-15 minutes from Główna Train Station.

The tri-cities also have trolleybuses, trams and regular buses (ZKM/ZTM) that can get you around quickly.

Tip: purchase the Metropolitan ticket to travel around the cities for 24 hours or the Tourist Card, for free travel on the whole Tri-city transport network, as well as discounts and free entry to many sights for up to 3 days.

The Port of Gdynia lies on the Baltic Shores of north central Poland in the Gulf of Gdańsk and is the main passenger port for the Tri-city area. In addition to being a significant seaport for Poland, the Port of Gdynia serves as the home port of the Polish Navy.

The port features a waiting room, restrooms, vending machines, luggage storage, a children's play area, and free WiFi. Outside the terminal, you will find both buses and taxis. A taxi takes 15 minutes to the center.

Thanks to the Port of Gdynia and its year-round maritime services, Poland and Sweden are connected by ferry. The ferry route is operated by Stena Line. Specifically: 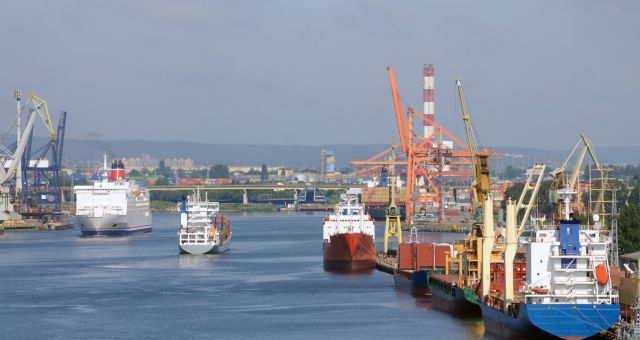 Ferries at the port of Gdynia

Where to book ferry tickets to Gdynia online

Don’t miss out on the lively coastal town of Gdynia! Find all ferry connections to/from Gdynia on our interactive Map of ferries, browse schedules and fares, and plan your trip across the Baltic Sea online on Ferryhopper.