Best things to do in the Balearic Islands: November to April - calendar

The Balearic Islands, the jewels of the Western Mediterranean, are even prettier off-season. Thanks to their mild winters with plenty of sunny days, there are numerous reasons to keep visiting the Balearics after the summer crowds have packed up and left.

In fact, even from November to April, Mallorca, Menorca, Ibiza, and Formentera organize many fiestas and other cultural events, all of which include parades, fireworks, street parties, and a great deal of eating and drinking.

Here are the top 6 things to do in the Balearic Islands from November to April: 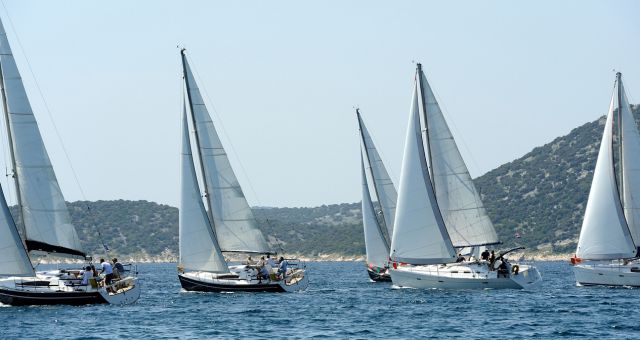 Sailing competition in the Balearic Islands

The Dijous Bo fair usually takes place on the 3rd Thursday of November. This is the largest in Mallorca and a public holiday in the town of Inca.

A number of cultural and sports events, including painting and chess tournaments and rallies, start a few days beforehand. The festival kicks off with a ‘correfoc’ at midnight, with people dressed in devil costumes, running around the square with flaming torches and fireworks.

Other activities include a parade, a car show and a traditional market with leather goods and mallorcan produce.

Tip: since there’s a lot of traffic and parking problems in Inca during Dijous Bo, we recommend taking the train from Palma to Inca, the services of which are usually increased to cope with the demand.

2. Witness the Chant of the Sybil in Mallorca (Christmas Eve)

Declared an Intangible Cultural Heritage by UNESCO in 2010, the chant of the Sybil is performed on the night of 24 December in churches throughout Mallorca. With medieval origins and a Gregorian melody, this is probably Mallorca’s most ancient and notable Christmas tradition.

It is performed with no instruments, except for the preludes between each verse.

The main events of the Misa del Gallo, the midnight service on Christmas Eve, take place in Palma Cathedral from 23:00 and Lluc Monastery from 22:00. 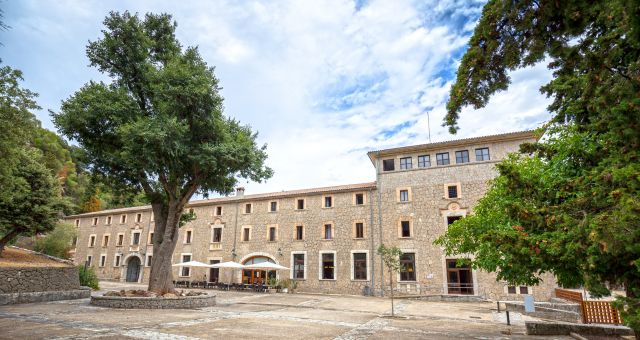 The Lluc Monastery in Mallorca, where the Chant of the Sybil is celebrated on Christmas Eve

The almond blossom is a major attraction for winter visitors to the island of Mallorca, since Mallorcan almonds are considered to be the greatest in the world. In fact, there are around 5 million almond trees on the island. So, make sure to visit the Fira de la Flor d'Ametler, held in the grounds of Ses Cases de Ca s'Hereu, a finca in the town of Son Servera, on the first weekend of February.

The fair features numerous stalls selling a wide range of goods produced from almonds, almond wood and the blossom itself. The harvesting and preparation of almonds will be demonstrated and you can enjoy traditional folk music played by strolling musicians. Entry to the fair is free.

Tip: around the same time, Ibiza celebrates Llum d’Ametller, a night excursion around the almond groves of Santa Agnès de Corona, followed by a typical dinner based on sobrasada (a local cured sausage), and a party with music.

Almond Blossom in Mallorca, the most magical time of year

4. Enjoy the Day of the Balearic Islands (March)

Each of the 4 major Balearic Islands hosts a different event. At the Sa Feixina park in Palma, a food tasting is being held with the participation of several restaurants. Menorca features musical concerts, guided excursions of breathtaking places like the Cova des Coloms, harness racing at the Maó Hippodrome, Menorcan dressage sampling in es Castell, and tours of the Milà wind farm.

Ibiza also hosts a number of particularly interesting events on the Day of the Balearic Islands, including light sail regattas at Sants Eulària, basketball and chess tournaments and an artisan fair with guided tours of the Puig des Molins Monographic Museum.

In addition to concerts and exhibitions, in Formentera you can grab a portion of the giant paella they make every year. The island also hosts regular races and basketball games.

5. Participate in the sailing competition in Ibiza and Mallorca (April)

This popular sailing competition for cruiser yachts runs between Ibiza and Mallorca via Formentera and the islet of Tagomago.

The itinerary includes three routes. The Northern route goes from Barcelona to the island of Ibiza. The Western route connects the ports of Andratx (Mallorca) and Sant Antoni de Portmany (Ibiza), while the Eastern route runs from Denia (region of Valencia) to Ibiza.

Useful info: are you interested in island hopping in the Balearics off-season? Check our guide!

In the spring, towns all across the island host the Menorca International Jazz Festival.

The festival programme is made up of concerts in indoor locations, as well as on the streets of Ciutadella, Mahón, Alaior, and Ferreries. It has gained recognition on a global scale for the excellent performances by renowned jazz musicians and groups.

If you’re a fan of jazz or just want to experience the culture of Menorca, this is a must-visit festival. 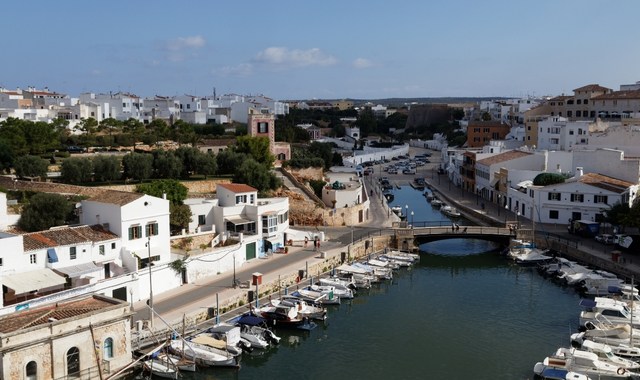 Ciutadella, a port city in Menorca, where the International Jazz Festival takes place

So, what are you waiting for? Seize the Balearics Islands off-season! Check all the available routes on our Map of Ferries and book your ferry tickets online on Ferryhopper with no extra fees.